Home » Blog » Training » Do You Want to Run a Personal Best? Phase Your Training!

Do You Want to Run a Personal Best? Phase Your Training!

Do You Want to Run a Personal Best? Phase Your Training! www.runnerclick.com

Whether following a program from a book, trained by a coach, or creating a plan yourself, it’s important to phase your training in order to effectively maximize your efforts to produce the best performances possible.

It is believed you can only reach one aerobic peak per year.  With this limitation it can be difficult to peak aerobically and anaerobically at the same time.  Peaking both systems simultaneously requires the right approach.

This period has no set time but should at least be 12 weeks in length.  Ideally this phase should last as long as possible.

Build your base!  You have probably heard that said a thousand times.  Well, now you have heard it again!  It’s true, and likely the most important key to any successful program.  Legendary running coach Arthur Lydiard used to say that interval training plans, without the base mileage to back them up, were not worth the paper they were printed on.  You need to build strength in the form of volume, threshold running, and hill training.  Core work can also be very important during this period, as well as strengthening your hip stabilizing muscles using resistance training exercises. 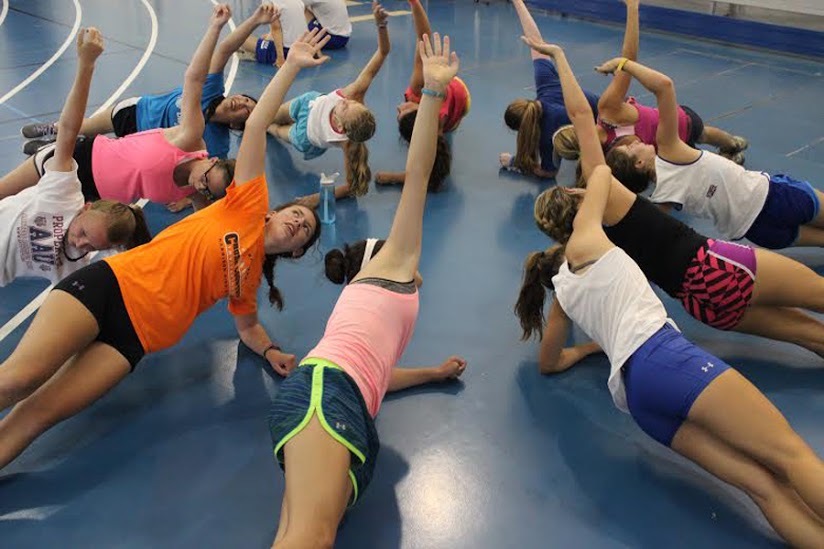 Training paces are usually a little quicker than most runners believe they should be.  One method for determining everyday training paces is by running at a percentage of your VO2 max pace.  You can read more about that here.

Some coaches favor hill repeats.  I prefer to have my runners incorporate hills into their regular running routes.  Long sustained efforts, tempo runs, and very long intervals should be a priority during this block of training.

If you are training for a Marathon, you will never really leave this phase of training entirely.  Marathon training is all about long sustained efforts.

During this time you will be expanding and building new capillary beds, increasing the stroke volume of your heart, increasing the size and density of mitochondria, creating a greater lung capacity, etc.  You’re essentially building the engine for fast training and peformances later on.

So, maybe you have bought into the concept that more volume will yield greater returns.  For the most part this is correct, but as you often have heard, we are not all the same.  Most recommend an increase in mileage of 10% per week as a safe plan.  I agree with the idea, as long as your mileage has been at the level you are attempting to reach within the past year.  Otherwise, for runners who have had a distance memory of big mileage weeks, are new to the sport, or are aging past the age of forty, I recommend an increase of 5% per week with a lower mileage week once within every four week mesocycle.  For the low mileage week, I usually recommend cutting the volume down as much as twenty percent. I do believe there is a certain “sweet spot” for each runner for the mileage to be effective.  If you increase the mileage too quickly, or are the kind of athlete that can not handle a large workload, than you will be unable to train at the effective paces needed to improve.

Don’t assume you can never be a high mileage runner.  If done properly it should take a few years to be able to run over 100 miles per week.

This period usually lasts around eight weeks.  The goal here is to maintain your aerobic development and to introduce some anaerobic work.  This creates a healthy transition to some of the heavy anaerobic work in the competition phase.  Weekly mileage drops slightly from about 10-15% lower than the previous phase.

Mile repeats, 1000 meter repeats, and 800’s are all common workouts during this period.   You can and should race during this phase.

Tempo work and threshold runs are also very important during this period.

A session of repeat 400’s at 3k – 5k pace might be introduced during this period with a 1:1 ratio of effort and rest.  This kind of workout effectively bridges the gap to training during the competition phase.

The main goal of this phase is to arrive at your peak for the most important competitions.

Sometimes it’s confusing as an athlete or a coach to define when this phase begins and also its overall length.  Because an aerobic peak will last for one month I like to work on this phase for around four weeks.  Any longer and you might neglect some of the threshold type running that is so critical to the overall training plan.  Specificity is critical during this phase as it’s important to stress the system at intensities that are called for during the event for which you are training for.

An aerobic peak can last for a month or so.  An anaerobic peak can only last about two weeks.  It’s important to be at your full capacity for both systems when making an attempt to run your best times.

Training volume drops a little more to around 10-15% from the pre-competition phase.  Every three days, the aerobic system needs to be stressed to maintain the peak throughout the entire phase.

During this phase the intervals are even shorter than the previous phase.  As an example, a miler might be working on 300 repeats at race effort or a little quicker to induce deep anaerobic stress.   This session’s intervals are short enough to train at speeds that are specific to the event.

Most runners will train consistently throughout the year without any deviation from their regular training routines.  This can be a very effective way to maintain a high level of performance at any given time but in order to reach your best, you will need to phase your training.  Strength must be part of your training early on if you want to maximize your speed later.